A Little Bit of History

Columbia Restaurant in Celebration, Florida is a Spanish restaurant founded by a Cuban immigrant in 1905. According to their website, it is the largest Spanish restaurant in the world and the oldest in Florida, with the first one opened in Tampa’s Ybor City. They currently have restaurants in Tampa, Sarasota, Clearwater, Saint Augustine, and Orlando (Celebration).

Great Reviews Made me Curious

All the great reviews had me curious to try it. So, on Sunday, we ventured out to eat there. Since it was Father’s Day and expecting it to be full, we made a reservation for 7:00 pm. I am glad we did because even with a reservation we had to wait approximately 30 minutes to be seated.

This restaurant’s décor is beautiful—true to its heritage. It has a small shop near the entrance which sells pitchers, platters, cookbooks and a few other things related to their restaurant. Their music was in tune with their culture and at an appropriate sound level. The temperature in the restaurant was adequate. And the staff were polite. However, the service lacked a bit since two of the orders came with the wrong sides. Probably because it was a busy night.

Great Start to the Night

For drinks we went with a pitcher of Sangria de Cava made with Spanish Cava, brandy, orange liqueur, and citrus juices. And, the fact that the sangria was mixed right in front of us was a plus. It was delicious—great choice. We also had a Tango Mango drink which is a frozen mango drink with rum. It was too sweet for our taste, but good.

The Highlight of the Night

The appetizers were amazing. We decided on the “Tapeo” Sampler, which includes one seafood tapa and two other tapas. As for our two other tapas, we chose the beef empanadas and the chicken croquet. As our seafood, we chose the shrimp and crabmeat artichoke (baked shrimp, crabmeat, and artichoke hearts topped with Romano cheese) with a side of Cuban crackers. Everything on the “Tapeo” Sampler was delicious. They also served us each a piece of warm Cuban bread with butter. It was fresh and tasty.

Our party comprised 5 people, therefore, we had different entrees. We had the Palomilla dinner which is a thin cut grilled sirloin steak topped with chopped onions, parsley, and lime juice. I found it had a little too many onions and didn’t really get the lime flavor but it was good; nothing really to brag about. Another of the entrees was the “Boliche Criollo,” which is an eye round of beef stuffed with chorizo, roasted in gravy. My husband’s opinion was that it lacked in taste. Then there was the Breaded Steak Milanesa which, according to my son, and son-in-law, was quite tasteful. The other entrée was Stuffed Shrimp “Jesse Gonzalez”—a dish of shrimp stuffed with crabmeat and baked in lemon butter—pretty good, according to my daughter. All the entrees came with a side of either white or yellow rice, black beans, and fried sweet plantains. The rice and beans were bland but edible. I felt the portion sizes was appropriate for the entrée.

For a few days now, I was craving churros. Therefore, for dessert, we went for the churros covered in cinnamon sugar and served with a small side of warm chocolate, caramel, and guava sauces. The churros were warm and perfectly crunchy–delicious. We also had a White Chocolate Bread Pudding topped with a rum sauce, which was also delicious. The desserts were a perfect end to the dinner—two thumbs up.

We felt that Columbia Restaurant was pricey for its menu. It was good food, a positive experience, though not enough to warrant me to eat there again. But don’t take my word for it. We all have different taste buds. If you haven’t, I suggest you try it for yourself and share your experience with us. They are at 649 Front Street in Celebration, Florida 34747. Or try any of their other restaurants closer to you. Just visit their website, https://www.columbiarestaurant.com to find your nearest location. 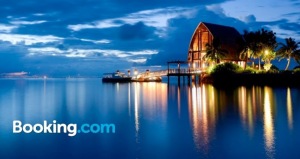